Enlightenment: What Haven’t I tried Yet?

Sat down one night after teaching a yoga class in the Fall of 2006 and this came out. Fasten your seatbelts if you decide to read my reflections on my 30 years of being spiritual seeker…….another warning, there is a subtle or not so subtle occasional vibe of a kind of happily exploding rage……:)

What haven’t I tried yet?

A bicycle trip changed my life……. Be conscious when I die’ the prison psychologist said to my brother and I. That made something go ping inside of me… only goal in life for the past 30 years. I have tried everything to become conscious except one thing.….. be a better person, purify my body, change my emotional patterning, dive deep into past conditioning and rip it apart piece by piece, therapy of all sorts, change my reactions to people, get rid of this anger, that grief, never get angry at my kids, be a more patient person, understand this and that. I had to earn enlightenment with austerities of all sorts. Don’t eat this, eat that, sleep this long, get up at 4am, do this many hours of asanas, pranayam, meditation, study and I’ll get enlightened.

If I think this or that thought – I am unspiritual. Oh.. all the inner judgments. Practically every thought is a judgment in some way. Believed that people who meditate long hours are more holy than being a mom. I challenge anyone who thinks of themselves as spiritual and hasn’t had children of their own – to have a child of their own – get them up and ready for the school bus day and in day out. What is your definition of spiritual now?

Wear white clothes only as they are pure and colours are not.
Don’t wear leather shoes as I became a vegetarian of course. Sat and mixed all sorts of meditations at once, hey why not do it all at the same time – I thought. Blew a few circuits. Pretty funny. Sex and no sex. Save ojas or not. Raise my kundalini, go insane. Think I’m bad and wrong for even existing. Believing so called enlightened yogis coming to the west with the air of mystery. Teaching no sex and they all are having sex it turns out. Hey maybe they are enlightened, I’ll never know, they just didn’t fit into my belief about how an enlightened person ‘should be’. Believing beliefs – that’s what causes wars. Can’t enlightened people have sex for Christ’s sake? Why did I believe everything? Maybe if I read this book, that book, I’ll find the secret to life I have missed. Go to this teacher and that. If I look like you, walk like you, eat the same food, can you give it to me? Keep spine straight, don’t sit with bad posture – God forbid, how unspiritual. You can’t be enlightened if you eat meat, have poor posture, smoke drugs or cigarettes, drink alcohol and have sex. As a result I don’t smoke, do drugs or drink alcohol, though I did indulge in a few of those things. Didn’t give up sex for long. 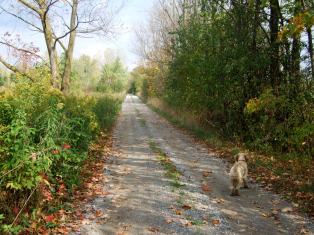 Thought getting a university degree would prove to myself that I wasn’t stupid. Didn’t make any difference. Funny that it took 17 years to complete. Give myself good marks for persistence. Persistence this is what I have had for 30 years! Take this vitamin or mineral, magic water, fasting, essential oils, and juicing. Never got into raw food, though in my early seeking years I fasted long and regularly, smoked pot, drank, ran a lot of miles, practiced yoga at least twice a day, played tennis and had a job – all on the same day. Hahahaha. Had boyfriends for as long as I could stand them. Those were the days. What fun!!!

I believed that person or that book. I believed another persons beliefs and judgments about me before I believed and listened to myself. I never honoured any feelings inside especially when someone else had their own opinion. Should I do this or do that? I was always wrong no matter what. God can’t be right here, inside of this insane form, I am too impure. Thought I would get enlightened in this life for sure. Truly felt that until I started to read all the books that said it takes many lifetimes and one must be pure of all negativity and basically be rid of all human emotions and desires etc. Now I see that I had an impossible idea of perfection as an enlightened human being inside fueling much of my life. I see that perfection is a man made concept that we accept and believe on some unconscious level. Tried to be perfect not knowing there is no such thing – only an idea inside someone’s head. I projected perfection on to teachers and perfected projecting onto teachers. Wanted to be like them rather than discovering how the hell am I anyways or who the hell am I? Only the gurus were allowed to be enlightened. We are all supposed to be followers for ever because they are supposed to know everything and it is disrespectful to wake up ourselves. Some unwritten taboo. What would happen to my relationship with teacher if I woke up? God forbid. I’ll just keep pretending – better than being honest. 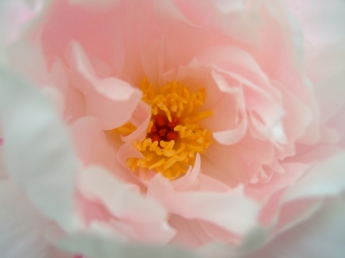 Always resonated with “Be still and know I am God.” Makes me weep when I stop.
I was Christian in a mystical way, then a Christian mystical yogi, than a Hindu Christian yogi, then definitely a Hindu yogi, then in India as a rebellious westerner yogi, wondering what is this hindu stuff all about, feeling hypocritical. Chanting mantra, kirtan, ran yoga retreats. Thought all these things would get me ‘there’. Started to forget why I was doing all this in the first place. Became a habit. I don’t even know what enlightenment is, how could I even recognize it. Obviously my ideas and beliefs about it were wrong. Not good enough for anything or anyone. Got to get rid of my ego – all the while creating a huge frigging spiritual ego. All sorts of variations. The ego of belittling the self. I have great conditioning in this arena.

Enlightenment- a pie in the sky, in the so called spiritual world. What the fuck is IT anyways? Trying to live up to other peoples concepts of how I ‘should be’ and they are living up to someone else’s made up concepts. Concepts keep the world of so called personal hells carrying on. Talk about fuel for the spiritual ego. My God. Hilarious. Look outside for all answers. Always looking out. Always discounting what is here inside as wrong. To say No or Yes is like pulling teeth. Big resistance depending on angle of my perception. Most of life fuelled by ‘NO’. Mind blowing to really see this. To say Yes when the pattern of No is so big inside has been an interesting process. To say No when something inside is screaming it and the conditioning is afraid to say it because of self judgment and believing I have to keep everyone happy and make sure everyone likes me. Fucking hell really. All self created. All self created……

Have you noticed that absolutely everything is temporary in terms of doing spiritual practices? If you fast, do asanas, meditate, study this or that, move energy this way or that way, go on this retreat, it is still all related to the conceptual world that DIES and or changes form. Temporarily you’ll feel good after doing asanas, meditation, eating a so called ‘pure’ and tasteless diet. Isn’t it the temporary form that is affected by all of this doing? The conditioning comes back. We crash back into our humanness after our temporary ‘highs’ or retreats from life. Believed that only the old forms of spiritual paths are best, new ones are deluded. It is all a huge misunderstanding. Talk about ego eh! Being what I thought was a spiritual person on some deep level – I thought I was better and more holy than people who didn’t practice the same practices as me. Was I ever deluded! Its all ego for Christ’s sake….just different expressions of same across the board ignorance.
Funny isn’t it!

Isn’t God BIGGER than fasting, asanas, meditation, nationality and Death of the Body? Isn’t God bigger than believing this is the way to worship God or that way is the way to worship God? Does God care? WHAT isn’t affected by all this DOING? What is underneath all of the doing? The spiritual practices are on the surface of being. Re-arranging the temporary forms of existence – not saying it is bad, just saying it is not IT. What is not temporary? Don’t want to be stuck in man made forms anymore…. save me …….What is not man made? What is not thought up by humans?
Is GOD affected by any of the so called spiritual practices? I resonate with the word GOD. Maybe it is my church background, even the minister couldn’t answer me when I asked him to prove to me that there is a God.
I resonate with the words ‘ Divine’ , ‘Spirit’ and ‘Love’ and ‘Joy’. Despite seeing the hell on this planet created by man made religions – I appear to have a very devotional nature. I resonate with the form of Hanuman in a deeply and surprising way lately. Gratitude is my teacher. The altar of the Heart is my new resting place when it all stops and I take notice. The Alter of the Heart has always been here.

I resonate with the teachings of Adyashanti and am so deeply grateful for Adyashanti. Why not be open to what is here, here, here and here. Look at the leaves on the trees how still they are. Hanging in the air oh soooo still. Thousands and thousands of leaves on one tree – just being. 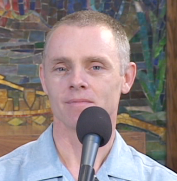 Wake up or bust, become awakened, become conscious, get enlightened. . 30 years I have been struggling to be conscious. Do this , do that. A professional seeker. All the time hiding behind everything going on outside and everything going on inside. Always really simply afraid to meet what is really True…..no blame, just habits of humanity. Can’t do this anymore. …..breaking free, coming out of the self created prison, not knowing, no clue, afraid, don’t know ‘how’ the mind pattern says… hahahahahahaha.
WHAT TRASH ! ALL OF IT!

A small green shoot peeking up out of the dirt, so rich, a big sky above, not knowing, IT blossoms into an exquisite flower. I’m going outside to play.

Can you figure out what I haven’t tried?

………….on the morning I started to write these words a very quiet voice inside said from behind… GIVE UP. A voice I had never heard before from somewhere very very deep. Who or what said that. A louder voice said I can’t give up how ridiculous what a failure. …I’ve been listening to the louder voice my whole life.

Wait a minute….the one thing …. I have never tried is ……GIVING UP…..reeeeaaalllly stopping all of this doing. Don’t even know how to give up.
STOP.
Afraid to STOP.

7 Responses to “Enlightenment: What Haven’t I tried Yet?”