Sit quietly.
Strip off the masks
of self-deception,
self-reflection,
self-improvement,
self-judgment.
If you want truth,
these activities waste energy.

Sit quietly.
What is peering out
from behind your mask?
Without relying on a single thought,
who are you?
No matter what you see,
there is more unseen.
Always, the Mystery invites itself deeper.

Longing: a beautiful poem that says IT ALL.

My longing has turned to dust!
Truth brought me the sun,
the moon, ten thousand
universes. How, then,
could there still be longing?

My longing has turned to ash
swirling over creation
from Love’s ceaseless fire;
burning is its priceless gift.

The river of my longing
reversed course; its currents
returned to the Heart.
Now there is nowhere to go.

I stand alone, the source
and the fulfillment
of all my desires.
Longing lit the pathway Home.

the following is a note that Dorothy sent out with the above poem.

Our longing for God, Self, truth, love or awakening is our longing for what is already here, already awake, already whole, already free. The deepest longing of our heart can direct us Home when we follow longing to its source. Yet, it is the mind’s act of seeking which seems to move us away from what is awake this very moment. We long for what we do not believe we already are; yet when Truth reveals itself in its own experience, we realize the timeless Mystery has never been absent from a single moment or experience. It moves life—including the movements we imagine are our “own.”

The mind has many ideas about what it does not know. Yet any mental conclusion can become an obstacle to being open and present here and now. Can we stop comparing, stop judging, stop seeking, stop moving away from what we do not know? Can we face into the Mystery that is calling to us in our longing? Longing is not the same as searching. Longing is felt in the heart; seeking is an activity of mind. Longing can break us open; seeking simply exhausts us–which, of course, may be the point!

A time may come when our longing ceases–not because we have found an object of our desire or because the mind finally “got it,” but because our longing eventually returns us Home—home to what we’ve always been.

Gicky Guru or a Real Teacher?

Just because someone is sitting in the teachers chair, doesn’t mean a thing! Listening deeply to what is present here inside, has become much more a reality thanks to a visit in Toronto from a so called non-dual ‘awakened ‘ teacher a while back. I see how the intention to please others and believing I was responsible for their happiness has motivated so much of my life.  Perhaps 99%.

Nothing new to have false teachers, just shocked me that I would go to the weekend after feeling so strongly inside not to host his event and have him live at my house while he is here.  The addiction to not deeply listening internally to what is ‘here’ has up to this point been strong.  On some level, I chose to forget my initial intuition about this teacher? Thank God, the first clue I did listen to, was when I was asked to host him here when he was visiting from his home in Europe. My first instinct was an across the board NO and that is what I said. Unusual for me as I am often the dog in the world of service. I suggested my friends in Toronto host this teacher. They agreed and as a result, I found myself going down to his satsangs. Absolutely anyone can write a book and sound enlightened.

Om swaha….at my own delusion or that part in me that was addicted to believing that answers/help are outside. It was a traumatic weekend on many levels and I can’t blame the teacher. I can only blame myself for putting myself in the position of thinking he had something to ‘teach or share.’ I unconsciously put him in a position of power. I suppose he did have something to teach me and that was run the other the direction and if on some level I am resisting what a teacher is saying — THAT IS HONORING THE TRUTH IN MY SELF and not something wrong with me as he would like me to believe. Perhaps by even going to hear a teacher speak could be coming from a deep place inside that thinks something is wrong with me…. okay I own that. I own that I can project on a teacher, but I honestly think that sometimes even teachers can project their ‘stuff” on unsuspecting students.

Can we go listen to a teacher or sit in satsang simply in Stillness, without wanting or expecting anything?  I have no idea as I don’t think I’ve done that often.

Consider a radio – it has energy going through it, and one can pick different channels to hear different music, talk shows etc. Same thing with humans and energy. How one person perceives energy can be quite different than another and for one person to force their energetic perspective on another is a violation. This is a boundary that I didn’t have on that weekend. A so called ‘awakened’ teacher in my misguided perception would know not to force themselves on a person sitting in the ‘question chair’. Then again, I went into a post traumatic state of numbness and couldn’t feel or move, so I am discovering the aspect of compassion to that part inside that couldn’t move and didn’t understand what was going on. The meeting with this so called teacher re awakened all the ‘bad’ memories with men I had when I was younger.  I thank him for that.  Guess it was time to deal with those energies again.

What this experience did for me was to really hit me over the head with a sledge hammer – how I give my power away, consciously or not. Almost constantly, never being true to what is my own experience. I am learning, but wow! As all humans, I have/had some really deep seated sticky patterns that want to keep coming up and playing.  Some I’ve pushed under the floor boards, hoping they wouldn’t emerge again.   Hiding seems to be over !!! I suppose I could thank that so called ‘teacher’ for that adjustment in the ‘addicted seeker energy’, that still emerges. I hope I learned whatever lesson I was meant to learn…..

My role was sitting in the chair and letting this so called teacher ‘teach’. I wouldn’t call his expression at all related to the non-dual teachings. I never knew what spiritual rape was until going to a meeting with him. I think perhaps, he is trying to be a Muktananda kind of teacher and awaken people’s dormant spiritual energy. Very dangerous what he was doing from my limited perspective.

I’ve been there and done that ‘waking up the kundalini thing’ and it is not something to be played with lightly. I know from my own experience in my early 20’s the dangers of playing with fire.

As I sat and watched him work with others and always talk about getting in the body, it didn’t seem like he was getting people into the physical body at all, but getting them to feel ‘energy’ in their bodies. His whole approach was energetic and we were supposed to feel him inside of us. He would say things to me like, ‘feel me inside of you’. Yuck, gucky, let me go vomit. Did I ask you to get inside of me..(not consciously at least) .. okay it is beginning to feel like a guy forcing himself on me and trying to make me feel guilty if I’m not into it.  Or – there is something wrong with me because I won’t let him  in… OMG.  Is this guy for real?

I’d like to ask… To what are you referring as the ‘you’ who wants to get inside of me??? He had a gift with energy and I felt he was getting caught in the oldest trap in the spiritual world. Getting lost his siddhis (powers). What does this energy stuff have to do the Truth for example? I’ll answer that… nothing. At least nothing in the way he was expressing it. This is all simply my deluded opinion and there were people at the satsang who were gaga about this teacher. The energy experience was  new  and very seductive for them.  Simply spiritual candy as some teachers call it. 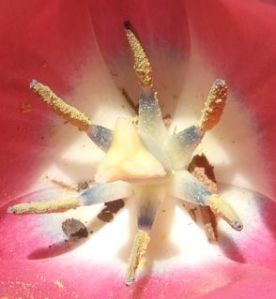 A friend told me her way of deciding if a teacher is for her. Take them off the podium of the teachers chair and see if what they say would be something you would resonate with from a stranger for example. Okay, here are some of the words this teacher said to me within the first 3 minutes; ‘Its the striper, I can’t wait for you to take it all off on the table, I want to be there, you are the baddie, the wild woman, you are so bad, we can make love energetically, let yourself feel me inside of you etc.” . Over and over again he called me the stripper and the most controlled  juicey person he had ever met.  OMG….. Yes I am serious! Hey, i’m am a cooked turkey, not a spring chicken!  These are the words of a non-dual teacher who people seem to worship  because he has an ability to move energy?   blah blah blah.  I’ll say it again.. anyone can write a book or talk about TRUTH.  Integrity is a quality that I choose  is part of ‘living the Truth’.  His expression os so called Truth,  did not ring in on the level of integrity !!!!  Its only my opinion of course.

There is a reason the yogis in the old days taught the *yamas and niyamas before any other yogic practices.  That reason is so that the humans don’t act as animals when the spiritual energies  awaken and integrity doesn’t get lost in the excitement of the energy.

Whether  that teacher was coming from a True non-dual perspective or simply from missing his wife……Everything/everyone can teach us something and this lesson was  a big one for me.

May the voice of Truth, Reign Strong and Free in those of us who had it crushed in our early years. May the courage to speak come through the ‘conditioned hells’ that seem to keep moving us in directions of pain. May the STOPPING become complete.

This tulip was in my garden last spring….